O Brother, Where Start Thou? Sibling Spillovers on College and Major Choice in Four Countries

Family and social networks are widely believed to influence important life decisions but causal identification of those effects is notoriously challenging. Using data from Chile, Croatia, Sweden, and the United States, we study within-family spillovers in college and major choice across a variety of national contexts. Exploiting college-specific admissions thresholds that directly affect older but not younger siblings college options, we show that in all four countries a meaningful portion of younger siblings follow their older sibling to the same college or college-major combination. Older siblings are followed regardless of whether their target and counterfactual options have large, small or even negative differences in quality. Spillover effects disappear, however, if the older sibling drops out of college, suggesting that older siblings college experiences matter. That siblings influence important human capital investment decisions across such varied contexts suggests that our findings are not an artifact of particular institutional detail but instead a more generalizable description of human behavior. Causal links between the postsecondary paths of close peers may partly explain persistent college enrollment inequalities between social groups and suggests that interventions to improve college access may have multiplier effects.

Graphs From the Paper 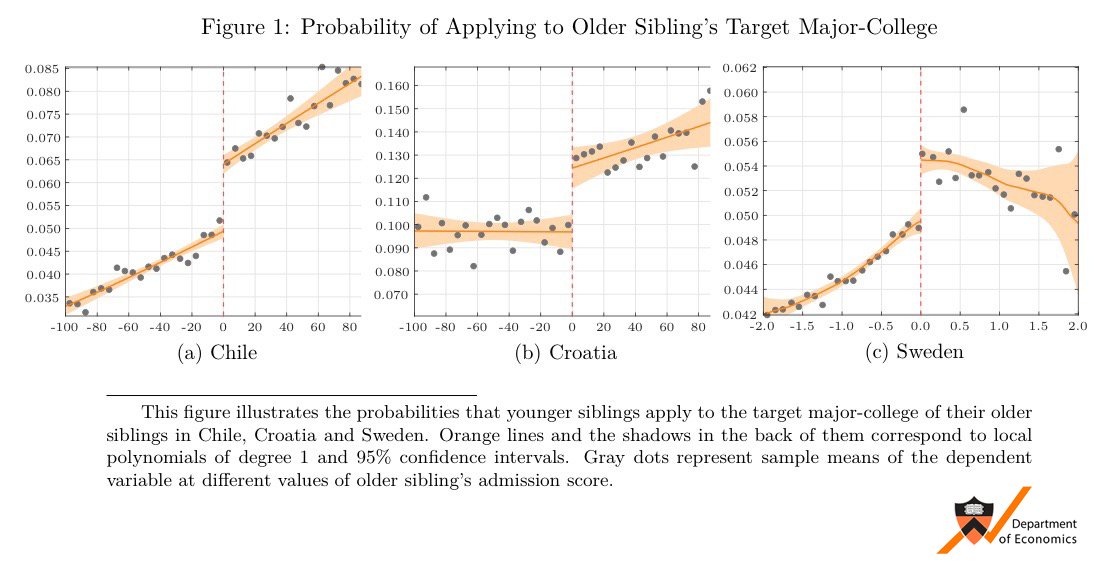